Ju Ingong is the main character of Transfer Student Storm Bringer and the head JJANG of his school. His name, Ju Ingong, literally translates to "main character."

Ever since childhood, Ju Ingong has had a very intimidating face that always appears angry. This face has gotten Ju Ingong into trouble his whole life and is actually what set the plot of the manhwa in action. Ju also has spikey brown hair. In Reboot he has a tendency to roll up his sleeves.

Despite his fearsome appearance, Ju Ingong is a coward who has to act like a thug in order to avoid getting beaten up. He is always trying to find a way to look strong without really proving it. Most of his wins involve complete accidents, while the others are won by his strategic thinking. Although he is a coward, none of the other students seem to notice it because of his facial expressions and demeanor. 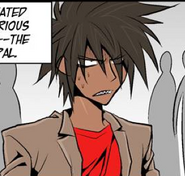 Ju Ingong as the HEAD JJANG 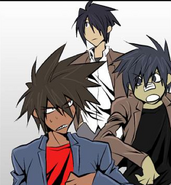 The Trio is formed. 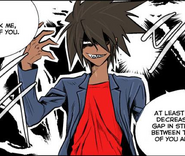 Ju Ingong as others see him. 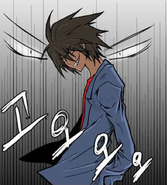 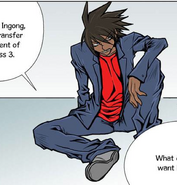 Ju Ingong as a child. 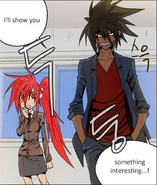 Ju Ingong elbow's Kang Changwon.
Add a photo to this gallery
Retrieved from "https://transferstudentstormbringer.fandom.com/wiki/Ju_Ingong?oldid=4295"
Community content is available under CC-BY-SA unless otherwise noted.